Law Office of Jamie A. Blunt

Copyright © Law Offices of Jamie A. Blunt. All Rights Reserved. 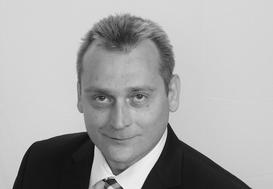 What can I expect at a workers' compensation deposition?

The following information is intended for any injured worker about to be deposed in their California workers’ compensation case.

An injured worker is entitled to reasonable mileage reimbursement for their round-trip attendance at the deposition as well as reasonable expenses for transportation, meals, and lodging, which would usually require travel of some length, such as out-of-state, or for medical convenience.  Should the injured worker be working and have lost any wages in order to attend the deposition, they are entitled to full reimbursement.

Depositions are conducted in informal settings, which are usually the law offices of the attorney for the employer and/or insurance carrier.  Present at the proceeding are usually the defense attorney, a court reporter, the injured worker, and hopefully an attorney for the injured worker, if they have retained one.  If an interpreter is necessary, a Board-certified interpreter will be provided.   Also, in some instances, a human resource representative will be present, especially with larger employers in denied cases.

There is often a period of preparation right before the actual deposition, usually no longer than one hour.  During this preparation, the injured worker’s attorney often discusses in private the rules for the deposition and provides recommendations on how to answer questions.  This is a privileged and confidential communication between an attorney and their client for which the attorney has a duty to not repeat. During this preparation, the rules for the proceeding will likely be described by your attorney.  These same admonitions usually are repeated by defense counsel at the beginning of the deposition.

The court reporter will take everything down that is spoken on the record.  The court reporter will not record any response that is not verbal.  For example, pointing to a part of the body, a shrugging of the shoulders, and “Un-Uh” and “Uh-Huh” are not acceptable.  Language is a habit and the attorneys will typically prompt the injured worker to obtain the necessary verbal response.  If the injured worker says “Uh-Huh,” an attorney may ask immediately if that is a “Yes.” If the injured worker points to their lower back, an attorney may say “Let the record reflect that the applicant is pointing to their lower back.”

The court reporter will prepare a booklet after the deposition has concluded and it will take usually a couple of weeks to be received.  The injured worker is entitled to a copy of the transcript free of charge. Once it is received, the injured worker will have an agreed to amount of days (30 – 60) to review the transcript for accuracy and make any changes or corrections they feel are necessary in order to reflect the truth.  It may be that the court reporter got it wrong or maybe the injured worker remembers a detail differently after a few days to reflect.  It is usually cautioned that any changes may be commented upon before a judge and that significant changes could affect the injured worker’s credibility.

Never should the injured worker interrupt the question in a deposition.  This is not a conversation, this is a legal proceeding.  Interruptions by the injured worker will frustrate the court reporter, who will find it impossible to record two voices at once. It will also prevent their attorney from the opportunity to object and it will likely volunteer more information than is being asked.  A good attorney should caution an injured worker who interrupts the question.

During the course of the deposition, the injured worker is able to provide estimates.  In fact, the defense attorney will be entitled to their best estimate.  However, no one wants the injured worker to guess.  The difference between a guess and an estimate is that an estimate is based on personal observation, whereas a guess involves no personal observation.  The simple and common example is to ask an injured worker how long is the table in the room.  Their answer, which often is way off, is a permissible estimate.  However, when asked how long is the table in the next room that they have never been to, any answer would be an impermissible guess.

Any good attorney should suggest to the injured worker that if they do provide an estimate, then they should use language of approximation.  For example, when estimating, just saying that a table is 12 feet is not recommended.  Rather, say “about 12 feet,” or “more or less 12 feet,” or “I am not certain, but maybe 12 feet.” It is recommended that when the injured worker does provide an approximation or an estimate that they make it clear for the record that they are doing so.

A deposition is not an interrogation. The injured worker can stop and take a break at any time.  They can stand up during questioning to alleviate pain.  They can also confer with their attorney privately and confidentially by indicating they want to do so.

At the start of the deposition, the injured worker will be sworn in by the court reporter.  They will raise there right hand and be sworn in, typically as follows:  “Do you affirm that the testimony you are about to give will be the truth, the whole truth and nothing but the truth?"

The injured worker will likely be asked for their full name and then asked if they understand that they have just been placed under oath by the court reporter.  The defense attorney will then likely impress the serious nature of the injured worker’s duty to tell the truth in that they are susceptible to the penalty of perjury.  Perjury is willfully lying under oath and is a felony punishable by up to 3 years. However, it should be understood by the injured worker that perjury requires willful lying and that honest errors and a mistaken account is not perjury.

The questions asked by a defense attorney typically encompass the following subject-matter: background information, employment history, description of the injury, prior injuries and/or conditions, and current conditions.  There is no set or required format for the sequence of the questions, but these subject-matters are typically always asked.

Background information usually consists of where one was born, where they have lived in the past 10 years, their marriage status, any children, identification of all household members, financial obligations, present income, whether they served in the military, and whether they were convicted of a felony.

During the background information testimony, some latitude is given to the relevance of the questions; however, I always make sure to protect an injured worker’s privacy by not allowing their Social Security number on the record, by not allowing the driver’s license number on the record, and by not allowing identification of minor children by name.  For cases involving a psychiatric injury, the law is such that all questions are typically found relevant.  For cases not involving psychiatric injury, the questions are more limited and likely less harassing.

Employment history will likely include the details of the injured worker’s last three employers or up to the last 10 years of employment.  These details will include where one worked, their job title, job duties, supervisor’s name, rate of pay, and why the job ended.

What is really going on at workers’ compensation depositions is that the employer and their insurance carrier are trying to locate any medical records on the injured worker.  That is because what an injured worker says about their own medical condition matters often little compared to what doctors say about them.  The defense will seek the location of all medical treatment received by the injured worker in order to ensure that any medical opinion is thorough and comprehensive.  As such, what one says at a workers’ compensation deposition is often not all that critical to the success of their case.

Following the conclusion of the deposition, sometimes an investigator with a video camera is hired to follow the injured worker.  This can happen in both accepted and denied cases, but usually the latter. Questions about the details of the injured worker’s car by make, model, and color during the deposition can indicate that this may be done. It is always recommended for one to not over exert themselves in public with an active workers’ compensation case.  However, it has been my experience that doctors require extreme video evidence in order change their opinions and often would indicate that the injured worker could be working through the pain or simply having a good day.

Finally, it can be expected that often a settlement offer may be communicated at a deposition.  Usually, such an offer is too low and given in an effort to quickly settle the employer’s liability.  Often a case is not ready for settlement by the time of the deposition.  Typically, an injured worker should take advantage of the medical treatment and allow their medical condition to become stable before settling their case.  However, the injured worker, at all times, retains the right to accept or reject an offer and the attorney must communicate any offer.  A good attorney will always provide recommendations for rejecting, accepting, or countering any settlement offer.